Inspection and protection: the work of the School Medical Officer in Cardiganshire

The School Medical Service was established on 1 January 1908 as a requirement of the Education (Administrative Provisions) Act, 1907. Section 13 of the Act states that:

The duty to provide for the medical inspection of children immediately before, or at the time of, or as soon as possible after their admission to a public elementary School and on such other occasions as the Board of Education direct and the power to make such arrangements as may be sanctioned by the Board of Education for attending to the health and physical condition of the children educated in Public Elementary Schools.

Reports on the medical inspection of schools were required to include a general review of the hygienic conditions in schools in relation to ventilation, lighting and heating, and description of the arrangements made between the School Medical Service and Public Health Service concerning the organisation and supervision of medical inspection. 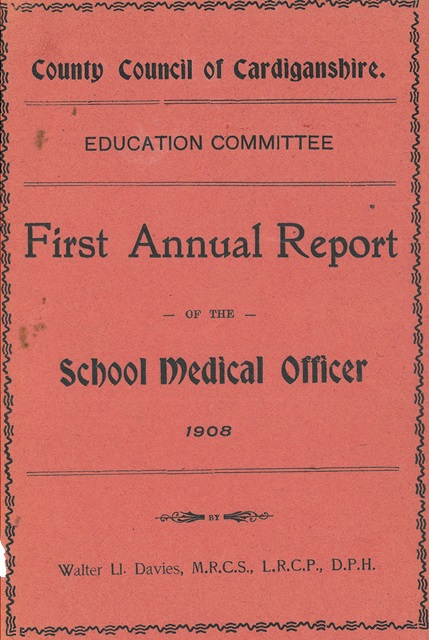 Cover of First Annual Report of the School Medical Officer, 1908 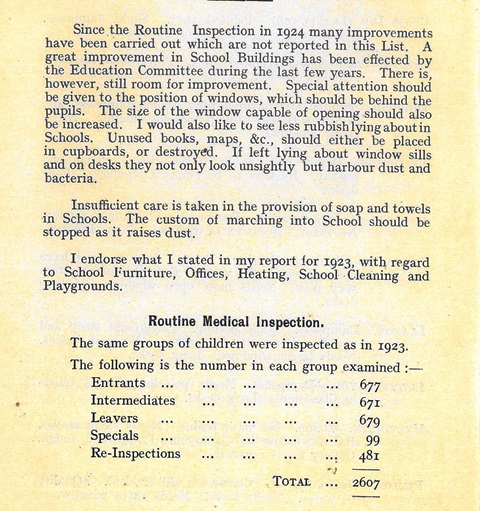 The 1924 report also refers to the introduction of midday meals at a number of Cardiganshire schools and comments on the success of the scheme in Aberystwyth:

At Aberystwyth a Committee have taken up the problem with great zest. Rooms have been taken, a cook and assistant engaged, and a voluntary Committee appointed to attend each day. On an average 100 children take the meal each day. The cost of the meal is 2d. per day, and for this the children receive a two-course dinner.

By 1930 the Annual Report records that meals are being provided at 23 schools across the county:

The improvement in the health of the children is marked. Some teachers maintain that the class is brighter during the afternoon lessons in consequence of mid-day meals and parents have remarked that food in school has had the effect of increasing the children’s appetites for other meals. In four schools where the home feeding is regarded as adequate in amount, but lacking in lime and vitamine content, supplementary feeding of milk is carried out.

By 1933 the number of schools serving meals had increased to 36 and a report to the Food Committee in 1946 recorded that the midday meal scheme was operating in 71 out of the 106 Cardiganshire schools.

The importance of dental treatment for children was becoming increasingly recognised and the School Medical Officer L. Meredith Davies was keen that a dental health scheme should be introduced in Cardiganshire. In 1930 the Education Committee had decided to appoint a full time dentist to work under the School Medical Officer, this post now held by Ernest Jones. The dentist was to examine children in school, but use various locations to carry out treatment, the role assisted by three health visitors.

The 1933 Annual Report records the success of the School Dental Service: 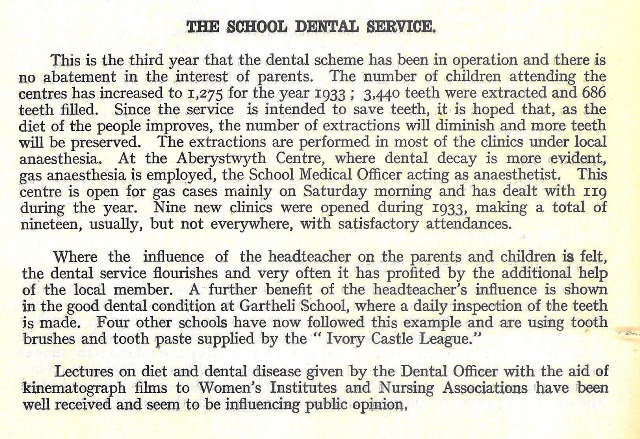 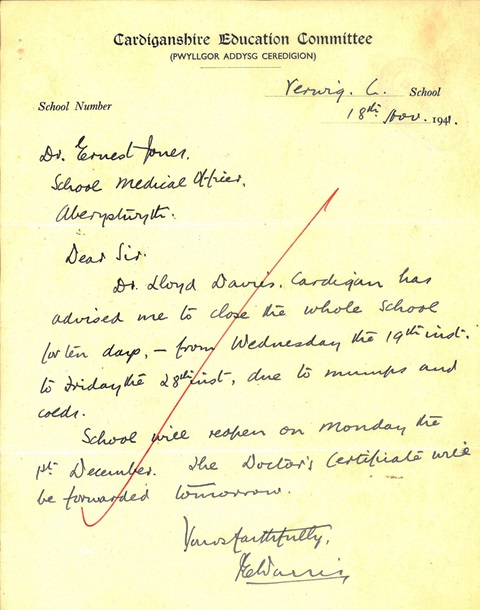 Letter from head teacher regarding closure of school, 18 November 1941

A significant element of the work of School Medical Officer was the administration of vaccinations to protect children against a number of infectious diseases. A national campaign for the immunisation of children against diphtheria was launched by the Ministry of Health in 1941, in part to prevent the spread of the disease owing to wartime conditions. 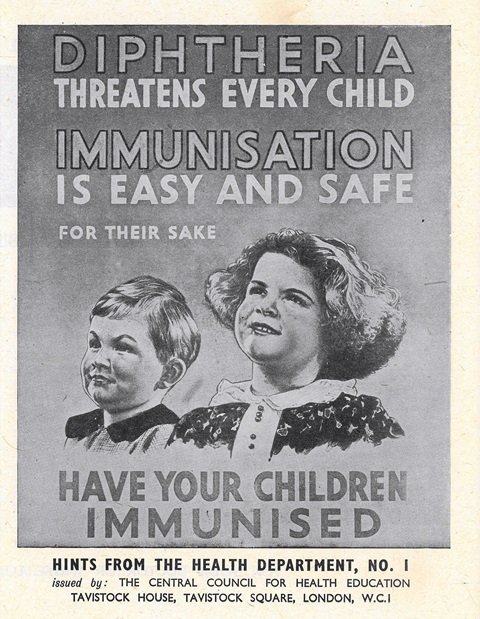 The following letter refers to an outbreak of diphtheria in Pontrhydfendigaid in 1944: 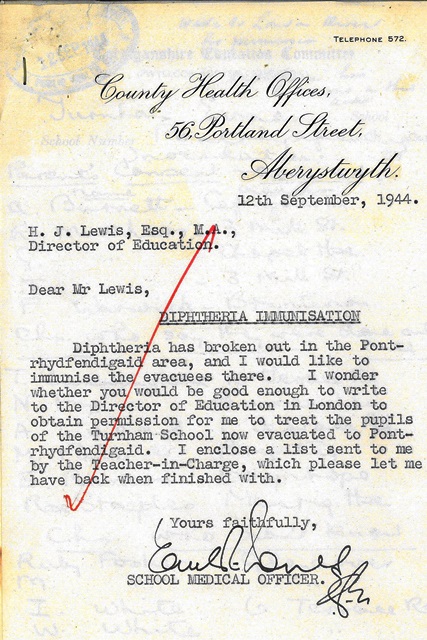 The work of the School Medical Officer had a major impact on the development of medical treatment for school children in a relatively short period of time before free healthcare was made available under the National Health Service. In addition there were great improvements in the areas of nutrition, sanitation and the physical environment of schools. 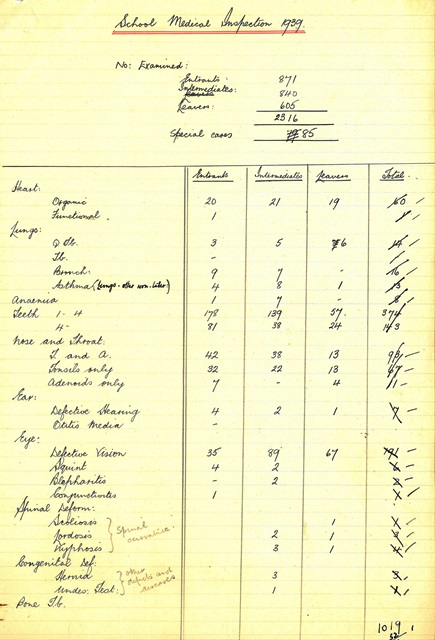 This project is generously funded by the Wellcome Trust